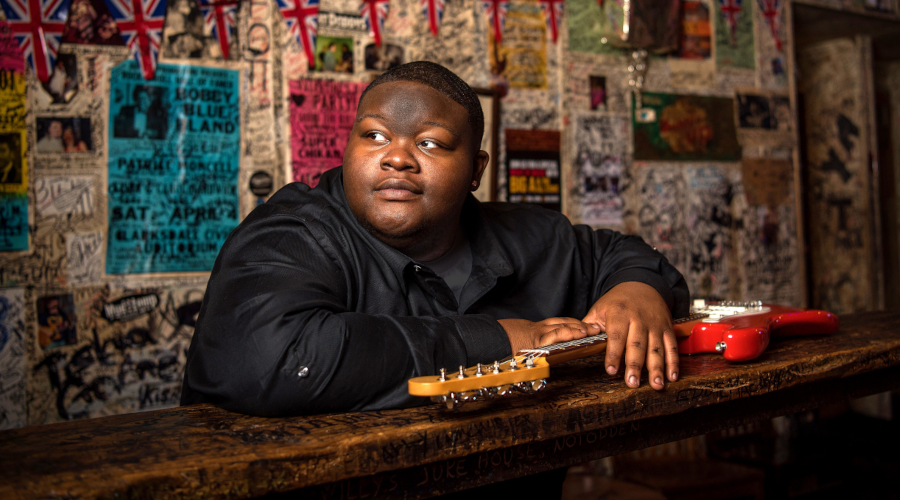 At only 23 years of age, Christone “Kingfish” Ingram is already up there with the leading lights of contemporary blues, having single-handedly earned the admiration of many as an indispensable part of the genre’s future.

Kingfish was born into a church-singing, music-loving family in Clarksdale (Mississippi), only 10 miles from the crossroads where Robert Johnson signed his legendary pact with the Devil. Having started on the drums, he moved on to the bass before finally taking up his beloved guitar. At the age of 15 he played at the White House for Michelle Obama as a member of the student delegation from the Delta Blues Museum, the biggest tourist attraction in his hometown. At 16 he started to rake in the prizes while his YouTube videos, made while still a teen, were clocking up millions of visits.

At the age of 20 he brought out, with Alligator, his first album, Kingfish (2019). Critically acclaimed, the LP catapulted Kingfish straight onto the covers of the specialised magazines and into the top positions of several North American charts.

His second offering, 662 (2021), was made during the lockdown, having been forced to take a break after more than a year of nonstop touring. This album reflects a personal voyage and reveals a maturity marked not only by his short but intense experience but also by the death of his mother.

Kingfish has blues in his blood; his musical influences and references point to him as an heir of the greats like B.B. King, Robert Johnson, Lightnin’ Hopkins, Muddy Waters, Jimi Hendrix and Prince.

Virtuosic, compelling and prodigious on the guitar, a deep and powerful voice together with live performances full of passion and emotion have enabled Kingfish to reach audiences spanning myriad generations and cultures, and in so doing to touch people with no knowledge of the blues while renewing the hope of those devoted to the genre.