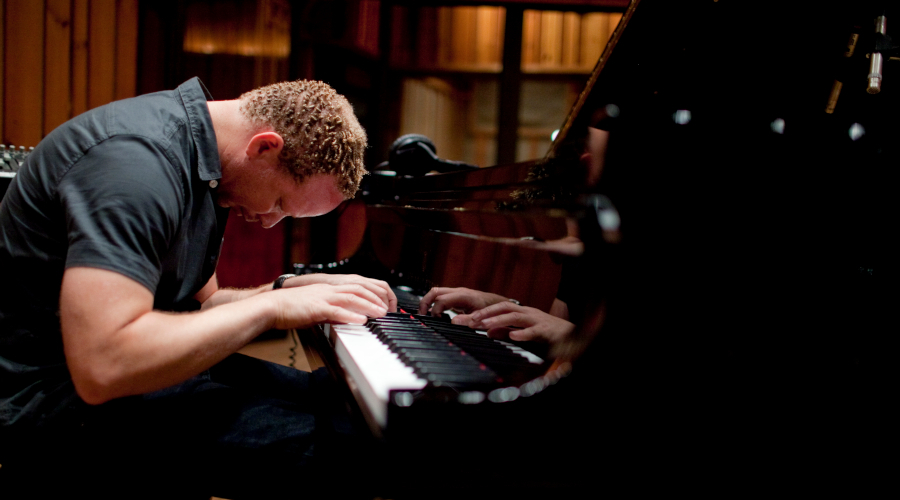 Born in Minneapolis, Minnesota, Craig Taborn started out on his career in Detroit’s Jazz scene, later moving to New York, where he still lives. He has been performing professionally in the music scene for more than 25 years and is considered to be one of today’s most imaginative and original pianists. He has participated past and present in myriad artistic projects and has composed, improvised and performed in a wide variety of styles, whether at the piano or on electronic instruments: Jazz, new music, electronic, rock, noise, avant garde, experimental music, traditional African and Caribbean sounds…

This is Taborn’s fourth visit to the Jazzaldia. The first time he came with James Carter in 1995, the second with Dave Holland in 2014, the third in 2019 with John Zorn, and now, for the 57th Jazzaldia, he goes it alone, bringing us a piano concert at the San Telmo Museum.

His latest solo album, Shadow Plays (2021), has been critically acclaimed and demonstrates Taborn’s impressive technique and improvisation skills. Recorded live at the Mozart-Saal in the Wiener Konzerthaus, the album contains 7 spontaneous numbers, improvised top to bottom, created as they were performed, even if their constructive brilliance, logical structure and coherence would seem to suggest otherwise. Ten years after his first marvellous album of piano improvisations, Avenging Angel (2011), this second improvised album demonstrates the evolution of this extraordinary pianist; his music is more refined, but also more abstract and complex, full of textures, changes of beat and intensity, silences and ideas that he explores and uses to create new worlds at every turn, conveying a unique imagery.