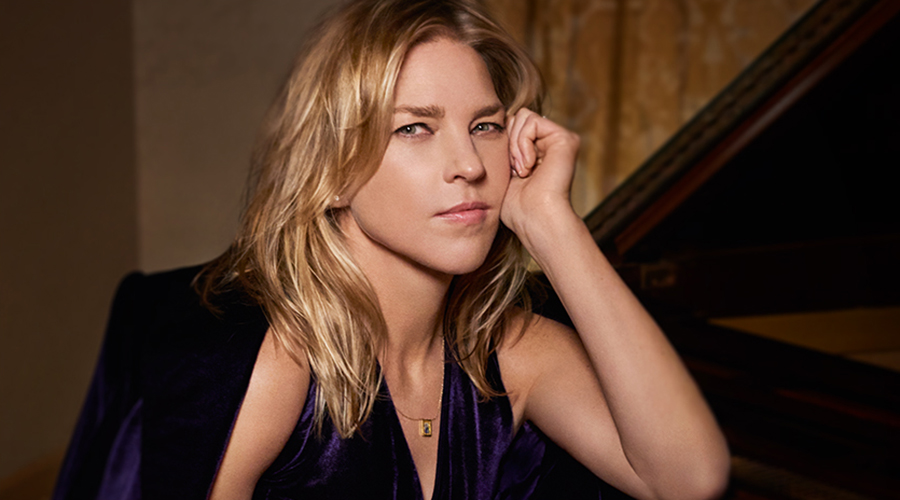 Diana Krall is one of the most popular Jazz performers in recent decades. Her exquisite piano playing, her suggestive voice, her intimate and romantic sound, her elegance… have earned her a place among the highest echelons of popularity not only in Jazz, but also in the pop culture.

Diana Krall was born in Nanaimo, a small town in British Columbia, Canada. She started playing the piano at the age of 4 years and was already performing in a local restaurant by the time she turned 15. She won a scholarship to study at the prestigious Berklee College of Music and released her first album, Stepping Out, in 1993. Since then, she has masterfully combined new or her own compositions with a return to immortal Jazz standards and pop numbers.

Krall, who has performed six times at Jazzaldia, not satisfied with being a pianist who sings or a singer who plays the piano, strives to produce a symbiosis of the two. Her greatest influences are artists including Nat King Cole, Sarah Vaughan, Roberta Flack, Carmen McRae, Fats Waller…