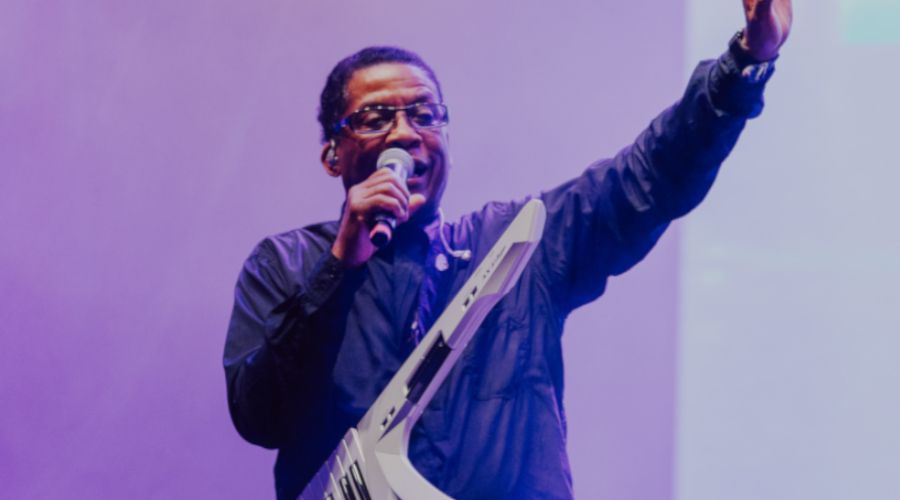 Herbie Hancock is one of the greatest pianists in Jazz history. A performer of prodigious musical intelligence on both the electric keyboards and the acoustic piano, he has contributed to all of the major contemporary Jazz trends and has played a leading role in numerous decisive moments: he accompanied the immortal Miles Davis in his most creative period; he broke the moulds with his own albums; he was a pioneer of Jazz, funk and rock fusion and was a member of the legendary V.S.O.P. quintet. Today the Chicago-born musician continues to develop always innovative and interesting projects.

The musical career of pianist and composer Herbie Hancock, spanning six decades, is strewn with success: 17 Grammys, one in recognition of his life achievement received in 2016, one Oscar, millions of albums sold and widespread public and critical acclaim.

Hancock, honoured with the Donostiako Jazzaldia Award in 2006, has performed on 6 occasions at the Festival, the first time in 1976 and the last in 2017. Few are the musicians to have shown such a strong command of myriad genres and so much interest in diverse styles as this authentic living Jazz legend.