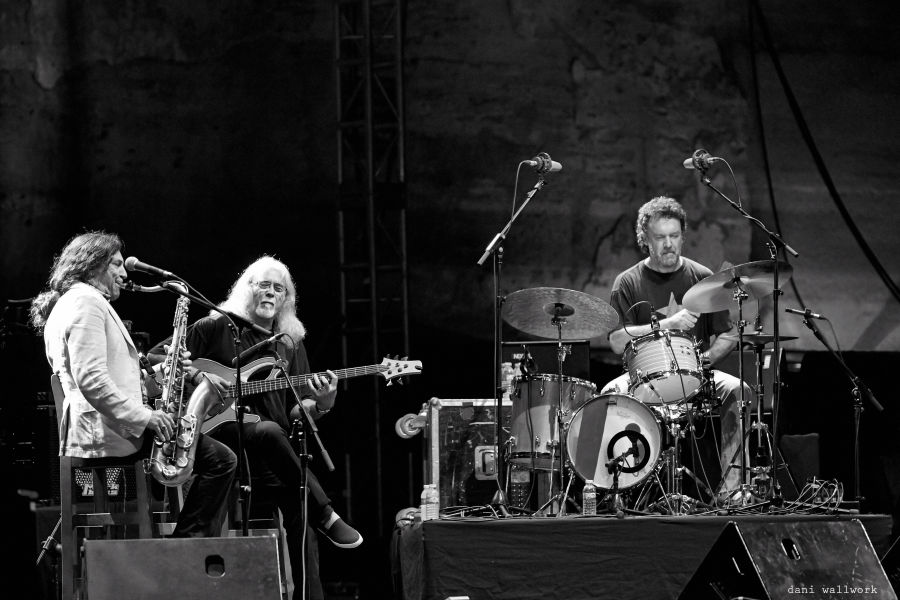 This is a coming together of three masters with long and recognised careers in the world of creation and performance. Many still remember the fabulous concert they gave in 2002 at the Plaza de la Trinidad, accompanied on that occasion by Diego Amador, Diego Carrasco and with Chick Corea as their special guest.

Jorge Pardo, a brilliant flute and sax player, represents Spanish jazz like nobody else. He has collaborated with musicians including Chick Corea, Paco de Lucía, Wagner Tiso, Camarón, Tete Montoliu, Alex Acuña, Gil Goldstein, Peter Erskine, Chano Domínguez and Javier Colina, earning himself a place as one of the most powerful voices of European jazz and as the most innovative of flamenco musicians.

Carles Benavent, born in Barcelona’s Poble Sec neighbourhood in 1954, is a key figure in the creation of contemporary flamenco. Among others, he has worked with musical giants such as Paco de Lucía, Chick Corea, Quincy Jones, Miles Davis, Joan Manuel Serrat and Camarón.
Completing the group is Tino di Geraldo, born to Asturian parents in France, but who has developed his entire musical career in Spain. His early days as a rock musician was no obstacle to his involvement with flamenco alongside Diego Carrasco, Camarón, El Pele and Vincente Amigo.