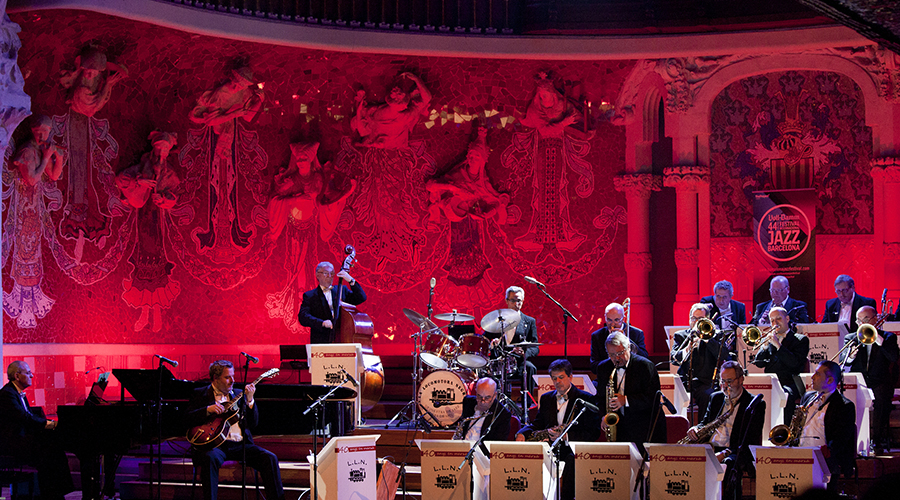 La Locomotora Negra is one of the oldest Catalonian and Spanish Jazz ensembles. They made their debut in 1971 as a quintet. With time, the group grew in size until becoming a big band with 17 members and one of Catalonia’s most popular swing formations. Over the 50 years of their existence they have given concerts on the best stages and at leading festivals, as well as having released 19 albums.

This year, coinciding with their 50th anniversary, La Locomotora Negra has decided to take to the stages for the last time. This closes the circle of an orchestra fashioned on the famous big bands of the swing era, like those of Fletcher Henderson, Duke Ellington and Count Basie. As well as swing, the Catalan orchestra also regularly adds the traditional New Orleans style to its repertoire.

La Locomotora Negra has performed twice at the Jazzaldia: they visited us for the first time in 1977, carrying off the First Prize of the International Competition in the Traditional Jazz category; the second was in 2005, with a performance on the Kursaal Terraces. This third visit in 2021, the celebration of their 50th anniversary, will be their last. A combination of history, emotion and swing.