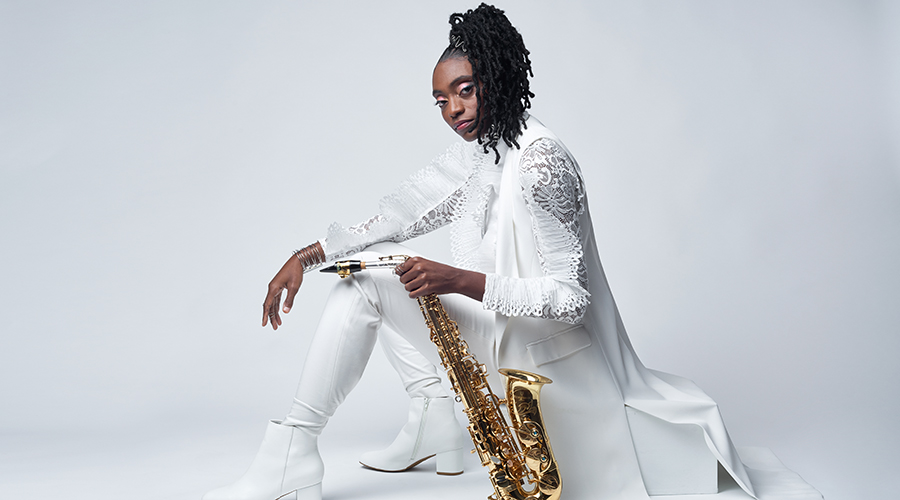 Saxophonist, composer and arranger Lakecia Benjamin was born and trained in New York. She began playing saxophone at Fiorello LaGuardia High School for Performing Arts. She then attended the prestigious New School University in New York and started playing with the likes of Clark Terry and Reggie Workman who, in turn, opened doors for her to work with musicians such as Rashied Ali, David Murray and Vanessa Rubin and Anita Baker.

Since then, she has collaborated with great musicians such as Stevie Wonder, Alicia Keys, The Roots or Macy Gray. She has released three albums as a bandleader, in the first two, Retox (2012) and Rise Up (2018) practically all the tracks are composed on her own. On the third, Pursuance: The Coltranes (2020), the compositions are by Alice and John Coltrane. In this way, the New York saxophonist reinterprets some of the Coltranes’ compositions and pays homage to one of the most influential couples in the history of Jazz. Lakecia successfully makes these Coltrane’s pieces her own, giving them a new feel.

Rising star Lakecia Benjamin takes the spirit of classic Jazz to a whole new level, creating something special in every track; her passion is evident in every note that comes out of her saxophone. Her Jazz, heavily influenced by James Brown, Maceo Parker and Sly and the Family Stone, fuses hip hop, funk, soul and disco.