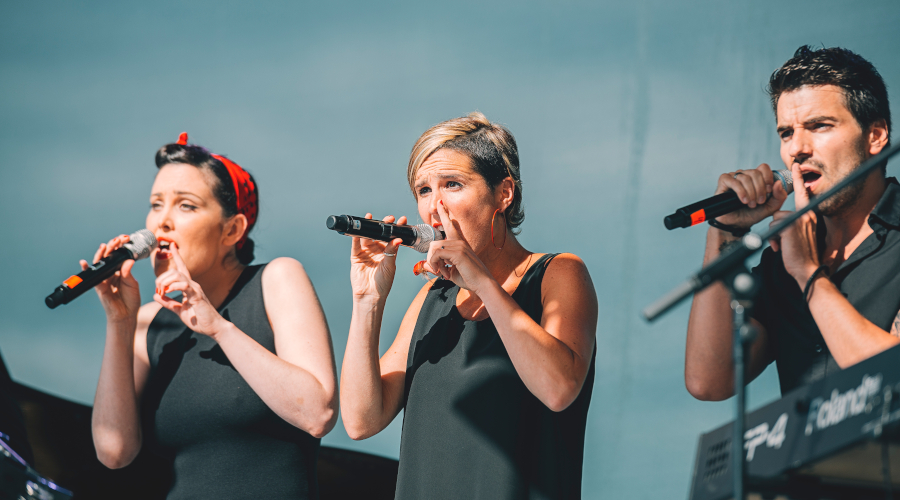 Les Fous got together as a vocal trio in 2011 when Santi and Noa crossed paths with «Otxi», infusing the band with the wacky touch they needed to give themselves the name literally rendered as ‘The Mad Ones’. That’s when they started to forge the sound for which they’re known today: a combination of R&B, pop and soul. Their second EP, Feel Fine (2015), opened many doors, including those of Jazzaldia, at which they have already performed on several occasions.

Les Fous will bring a varied and entertaining concert, combining their own songs with covers of famous numbers to suit all tastes, alternating between the formats of a capella and piano with small percussion. Les Fous have always been known for their spontaneity, making every concert special and full of surprises.