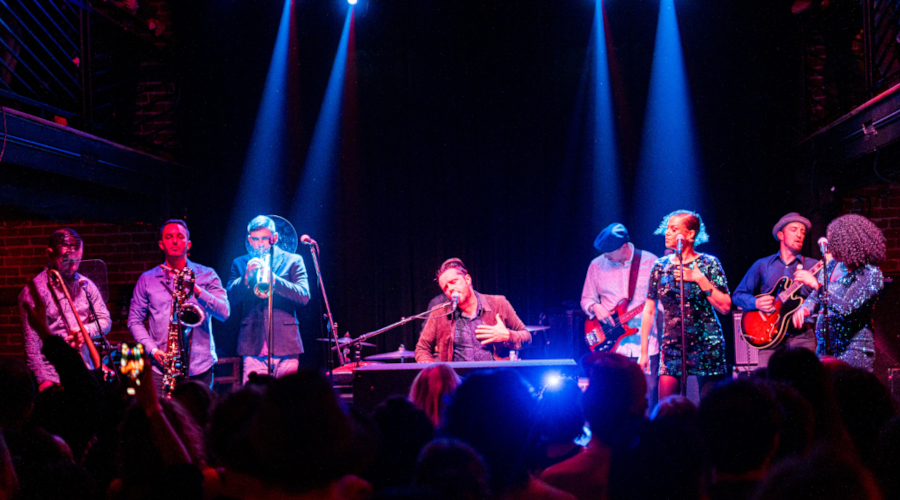 Hailing from San Francisco, with an ageless sound combining soul, funk and psychedelic rock, Monophonics have become, in less than two decades of existence, one of the best live soul bands in the United States, and they’ve done it with little regard for fashions and trends, concert by concert, album by album.

Their lyrics cover subjects including broken relationships, mental health issues, armed violence and power struggles, but all with an underlying message of unity, resistance and acceptance.

Musically, their soul revolves around arrangements with warm and creative textures (trumpet, mellotron, guitars, Moog…), which on the one hand guide us to the classic structures of soul and funk, and on the other raise questions on the state of sound today and what the future has in store for it.