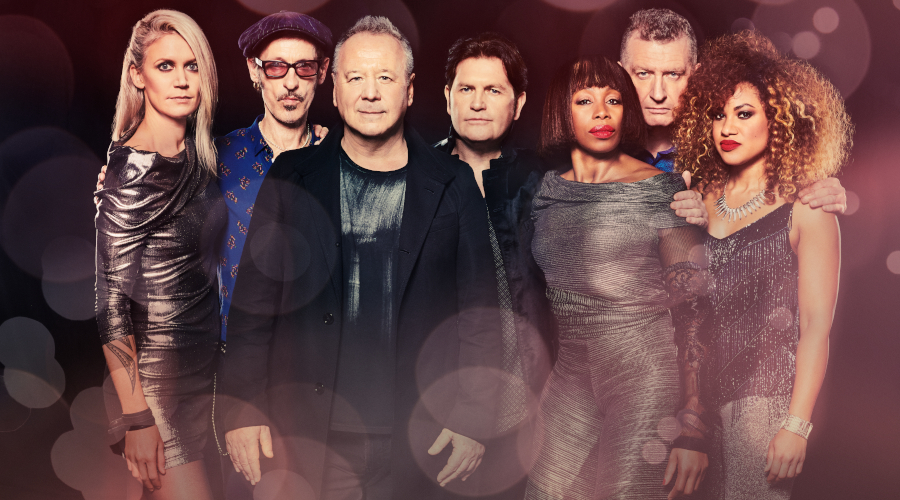 The first album by the Scottish group fronted by Jim Kerr, Life In A Day, turned 40 in 2019. To celebrate the occasion, they released an album of greatest hits, 40: The Best of 1979-2019, and set out on what was to be a massive world tour. Unfortunately, however, that tour was nipped in the bud by the pandemic. The Scots decided not to give up and now, returning to their initial plans, they’re back, even if a little later than expected, eager to toast the occasion with their fans. That’s the spirit of celebration they’ll bring to the Jazzaldia where they will undoubtedly treat us, as ever, to a fantastic concert.

The band formed in Glasgow in 1977, taking its name from the lyrics of David Bowie’s famous song, The Jean Genie. They had their biggest hits in the 80s, with number ones in countries including the UK, the USA, Germany, France, Italy and Spain. Super hits like Don’t You (Forget About Me), Alive and Kicking and Mandela Day and albums like New Gold Dream (81-82-83-84) (1982) and Sparkle in the Rain (1984) catapulted Simple Minds to the summit of pop-rock, selling more than 60 million albums and packing out stadiums all over the world.

Their music, elegant and powerful, has embraced myriad styles over their four decades of history. In the words of their leader and singer Jim Kerr: “One of the things I’m most proud of is that people say to me – what Simple Minds are you talking about? The avant-garde, the art-rock, the pop, the ambient, the instrumental group, the political, the folk, the stadium band? We’ve been on one hell of a journey. To play all these different styles but at the same time be quintessentially Simple Minds is an amazing thing”.