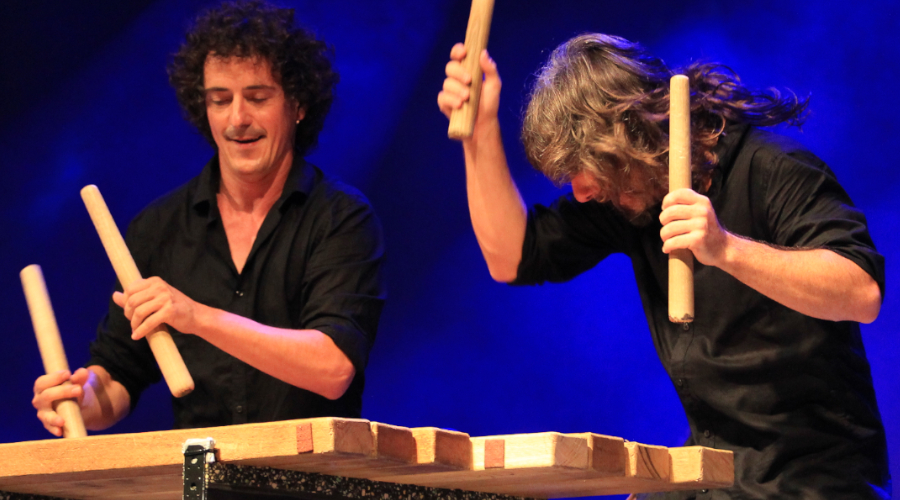 Yet another year you will be able to enjoy the solo piano concerts in San Telmo Museum’s marvellous cloister. There will be 5 concerts, all rigorously acoustic, brought to you by 4 absolute geniuses on the keyboard, all pianists and musicians extraordinaire.

The programme will kick off on 21 July with a benefit concert whose proceeds will go to the Chernobil Elkartea and at which Vadim Neselovskyi will delight the audience with his Odessa Suite.

On Friday 22 July it will be the turn of the North American, Craig Taborn. This exceptional pianist is a gifted improviser whose texture-filled music skilfully conveys a unique imagery.

For Saturday 23 July you will have the chance to see and hear the virtuoso pianist, composer and producer Sofiane Pamart. Destined to become one of the best known pianists and composers in the coming years, Pamart has the mission to revolutionise the world of classical music and the piano and to make it more accessible, and she does it by breaking all the codes and turning to those of today’s urban world.

On 24 and 25 July the star of the Museum cloister will be the New Yorker Benny Green. An indefatigable scholar of all piano styles, Green has been playing on stages for more than four decades and is currently one of the best Jazz pianists. The incomparable musician will perform two different repertoires:

Following its last year’s success, the JazzEñe festival, a show of Spanish Jazz for international programmers organised by the SGAE Foundation, will run yet again this year at the Jazzaldia, in the Victoria Eugenia Theatre. A unique way to approach the music of different artists associated to the SGAE.

From 21 to 24 July, starting at 12:30, you can enjoy 4 shows, each featuring two 45-minute concerts. On 21 July Oreka TX will take the floor, followed by Chico Pérez. On the 22nd, it will be the turn of Verónica Ferreiro & Javier Sánchez, followed by Carlos Sarduy. On the 23rd, Moisés Sánchez and the Daahoud Salim Quintet will perform. And finally, on 24 July, Berta Moreno and Ernán López Nussa will bring JazzEñe 2022 to a close.

On 25 July, no longer as part of JazzEñe, but at the same time (12:30), the FCC Victoria Eugenia Antzokia programme will close with two fabulous musicians sharing the stage: Marco Mezquida, on the piano, and Juan de la Rubia, on the organ. The two will perform Bach & Forward, a completely improvised performance around the work of Johann Sebastian Bach. The two performers, specialists in improvisation, respond to and challenge one another, each from their respective personal approaches, tending towards Jazz in the case of the former and more classical in that of the latter. A unique and unrepeatable experience.

Single and season tickets for the ŠKODA San Telmo Museoa and FCC Victoria Eugenia Antzokia are now on sale through our usual channels (the Jazzaldia and Donostia Kultura websites).

We have now announced our full programme of paying concerts: Trinitate Plaza, Kursaal Auditorioa, Victoria Eugenia Antzokia, San Telmo Museoa and Chillida Leku. We have also announced the free concerts running on the KELER GUNEA beach stage and will soon announce the other free concerts making up the programme: Kursaal Terraces, Nauticool, Txikijazz…

Share the post "5 PIANO CONCERTS AT THE ŠKODA SAN TELMO MUSEOA, 8 JAZZEÑE PERFORMANCES AND A GEM AT THE FCC VICTORIA EUGENIA ANTZOKIA"