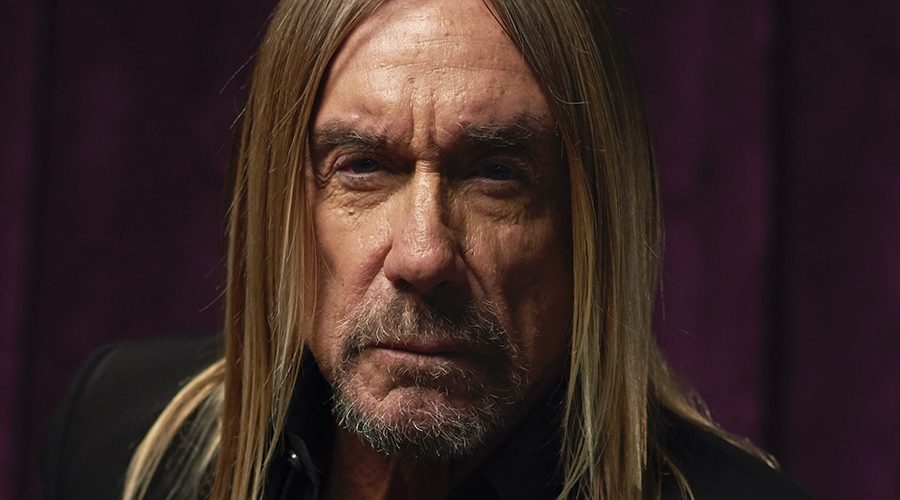 The upcoming edition of the San Sebastian Jazz Festival, the 57th, will feature a top-class bill. Here is a run-down of the concerts that will take place in the Plaza de la Trinidad and the Kursaal Auditorium. The programme for the rest of the venues has yet to be announced, but what we can unveil today is already highly impressive: Herbie Hancock, Iggy Pop, Diana Krall, Gregory Porter, Amina Claudine Myers, Hiromi, Yann Tiersen, Kurt Elling, Calexico, Steve Coleman, Louis Cole, Lakecia Benjamin and Miho Hazama.

The Kursaal Auditorium will host five concerts, all at 6:30 p.m., from July 21 to 25. The first of these will feature Calexico, the group from Arizona, representative of the most authentic fusion between the southern musical tradition of the USA and the brightness and emotion of Mexican music.

One of the most important Jazz vocalists today, with a wonderful voice and an extraordinary sense of melody, Gregory Porter, will be the second of the artists to perform at the Kursaal.

The following day, July 23, the unexpected: Iggy Pop, the artist one could least expect to be performing in an auditorium, will be in our Kursaal, as part of his tour which will feature many closed-venue appearances in various European countries.

Yann Tiersen has for some years now been focused on the musical description of the languid landscapes and enigmatic islands of his homeland, the Breton Finistère. On the 24th he will once again be conveying the profound beauty of his art in the fourth concert billed for the Kursaal.

Herbie Hancock is, unquestionably, a legendary musician, representative of a glorious Jazz period in which he accompanied Miles Davis in several of his most notable bands, and of unquestionable relevance from that time to the present day, to his great credit. He will close the Kursaal concerts on July 25.

The Plaza de la Trinidad, with numbered seats, will offer four double bills, each comprising two concerts, from July 22-25 , all at 9 p.m.

We will start with two Japanese ladies: the amazing Miho Hazama and the wonderful Hiromi. Hazama will present her most recent work, conducting the Musikene Summer Big Band, made up of some of the most brilliant students and alumni of the Higher Conservatory of Music. The star of the day will be the great pianist Hiromi with her current quintet, with which she performs her compositions accompanied by four string instruments: violin, viola, cello and double bass.

The second day at the Plaza de la Trinidad, on the 23rd, will be something really special, featuring two very personal and intense artists. First of all, saxophonist Steve Coleman, with his unique and captivating musical offer; he is the embodiment of the continuation of those passionate instrumentalists who live each piece of music as something epic, designed to “captivate” the listener with an incomparable demonstration of rhythmic and harmonic mastery. He will be followed by a musician with a totally different style: the eccentric, incomparable and indomitable Louis Cole; a drummer, originally, who, on stage, also sings and plays the keyboards and bass. Louis Cole will close this second day at the Trini with something that will no doubt stir the hearts of those present.

Amina Claudine Myers has been a member of the AACM, the Association for the Advancement of Creative Musicians, which originated in Chicago but whose best years, concerts and achievements are undoubtedly synonymous with Harlem. Her piano is bluesy, African, avant-garde, pure Jazz history. On the 24th, she will pay a tribute to black gospel from the 1950s, along with the daughters of some of the most illustrious representatives of the aforementioned association. Next up is Kurt Elling, another of our favourite Jazz vocalists, with his SuperBlue project, accompanied by guitarist Charlie Hunter, the two together combining their efforts to bring us something that can be closely likened to Funk.

On the last day, July 25, at the Trinitate Plaza, two other great representatives of the greatness of female Jazz. We will begin with the remarkable saxophonist Lakecia Benjamin, who will offer a heartfelt tribute to the music composed by Coltrane, John and his wife Alice. Closing the 57th Jazzaldia, the great lady of vocal Jazz, Diana Krall, who has delighted us with incredible and unforgettable concerts since she first performed at our Festival in 1997.

Tickets for the Victoria Eugenia Theatre, where the JazzEñe Festival performances will take place on those same dates in the morning, will also be on sale in the near future. And as soon as the health situation permits, the programmes of the various free stages will be announced, including the Keler Stage of the Zurriola Beach.

The different venues of the 57th Jazzaldia will continue to be smoke-free spaces, where the health regulations in force at the time of the concerts will be strictly observed.