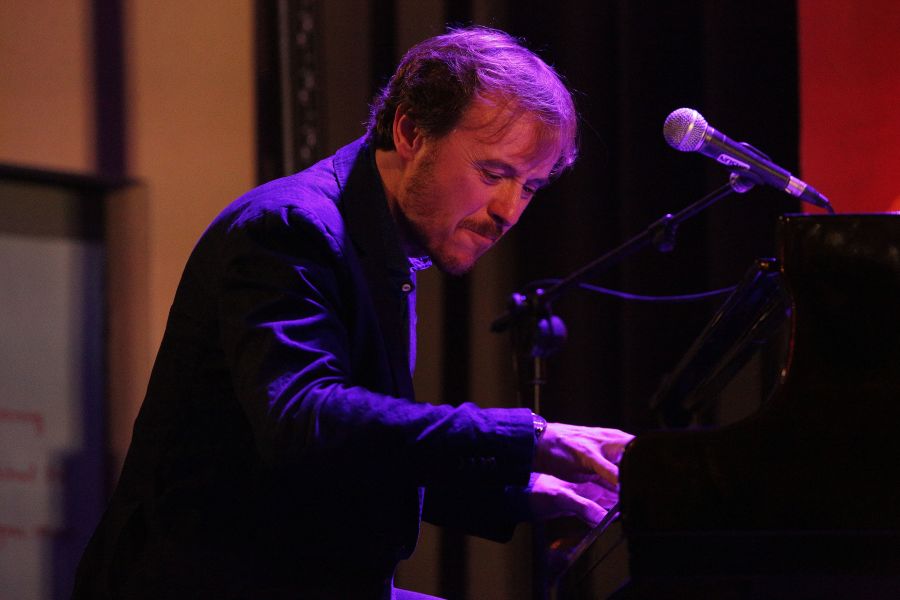 From his first work with Stay Blues and his first album Tracks, to the single made with the French drummer Romain Gratalon, the album Paul’s Mood, and finally A French Session, Paul San Martín has always been among that raft of highly educated musicians who recognise the importance of black music in general and of the Blues in particular. Over the years, and with the uncommon proficiency that has made him a mandatory reference as a pianist and singer throughout the national and European circuits, San Martín has always taken a closer look at that musical tradition, researching and cultivating as he goes.

For this concert, Paul San Martín describes a musical journey travelling the length and breadth of the history of blues, boogie-woogie and jazz piano with a perspective from both sides of the Atlantic. Coexisting on this journey, on the one hand, is his vast experience amassed over the many years of his career and, on the other, his love for the everlasting music of New Orleans, performed with the expertise and maturity of an artist who absorbs and expresses all of the additional influences within the genre and who is now, in his own right, a full-blown reference for many.